REPLY & QUOTE
mertox (Bo) said
The Tamiya T-55 Enigma. There weren't too many of these modified T-55s made, estimates are something like 8 in total, and most of those were knocked out and captured during Desert Storm. The add-on armor was steel and could rust, and while in theory they were tough, in practice, the ones that got hit, the armor blocks would blow off. They were horribly maintained and in the build, I attempted to show that. To make the rusty blocks, I painted them at first a territorial beige color, then stippled red paint on them, then dry brown pigment. Then stippled on some brown paint, some more dry pigment, then stipple a bit more red. Then some mild charcoal gray stippling. I feel that it gave it a decent feel for the paint wearing off and a thin layer of rust on them. Overall a fun build and a unique looking tank for the collections. 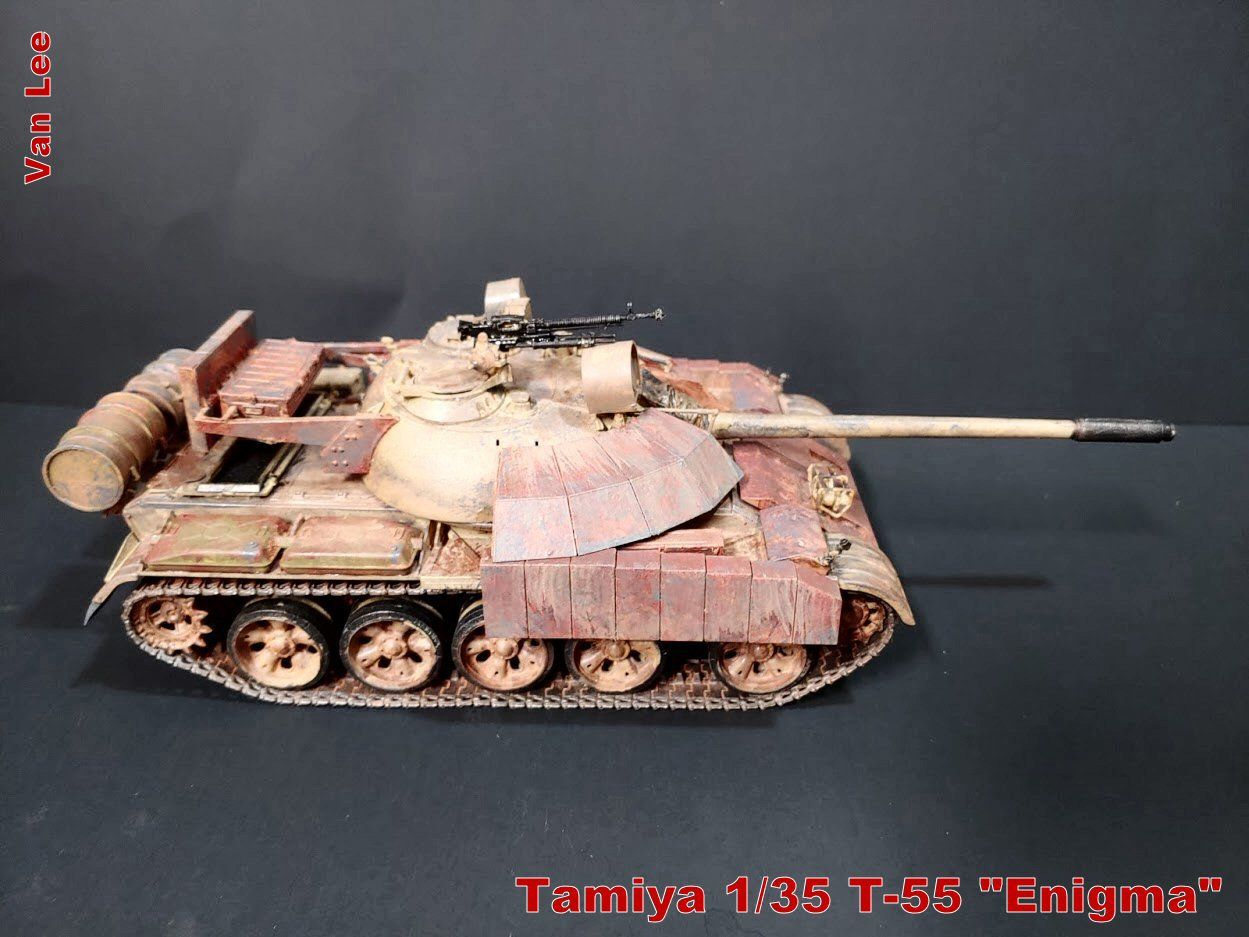 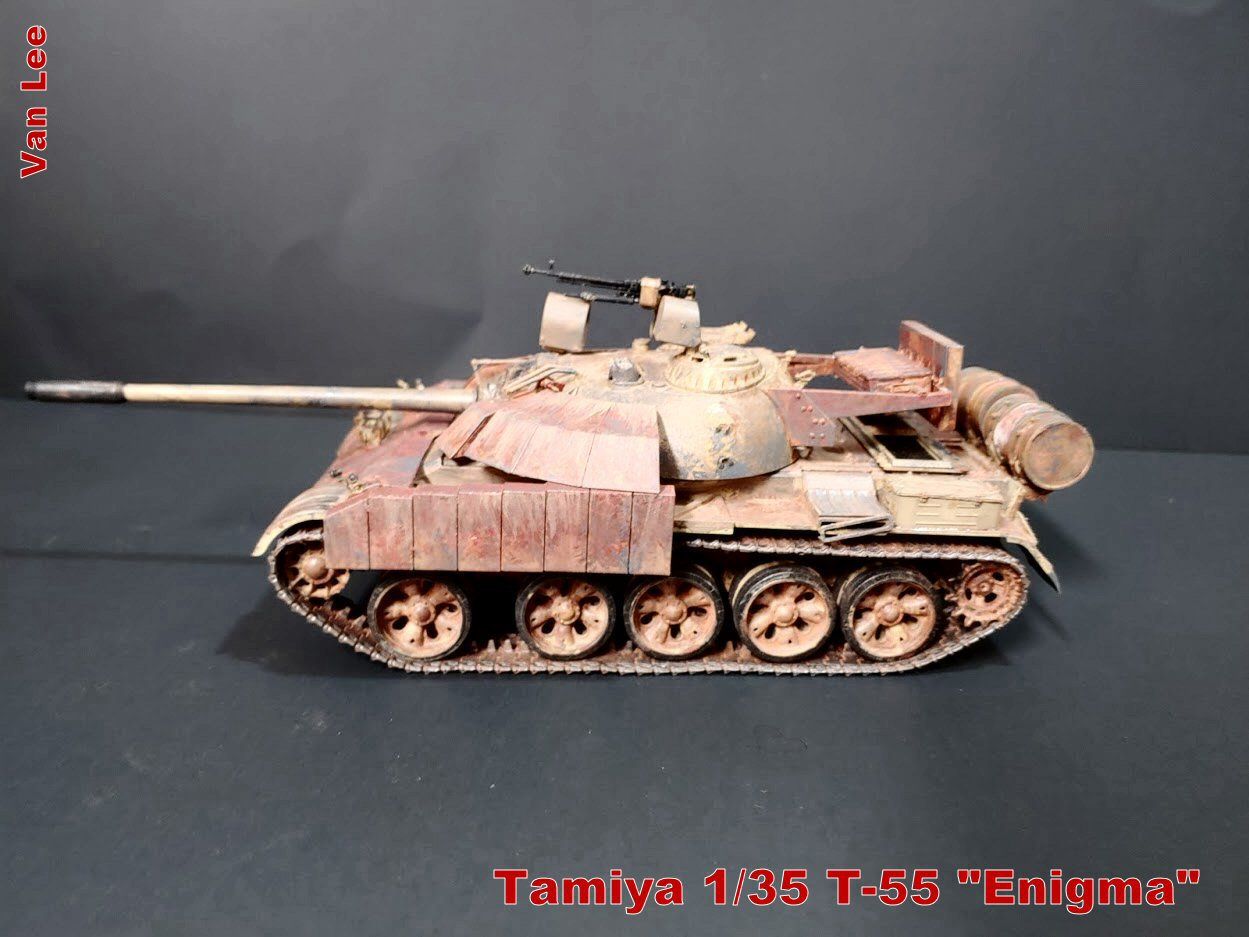 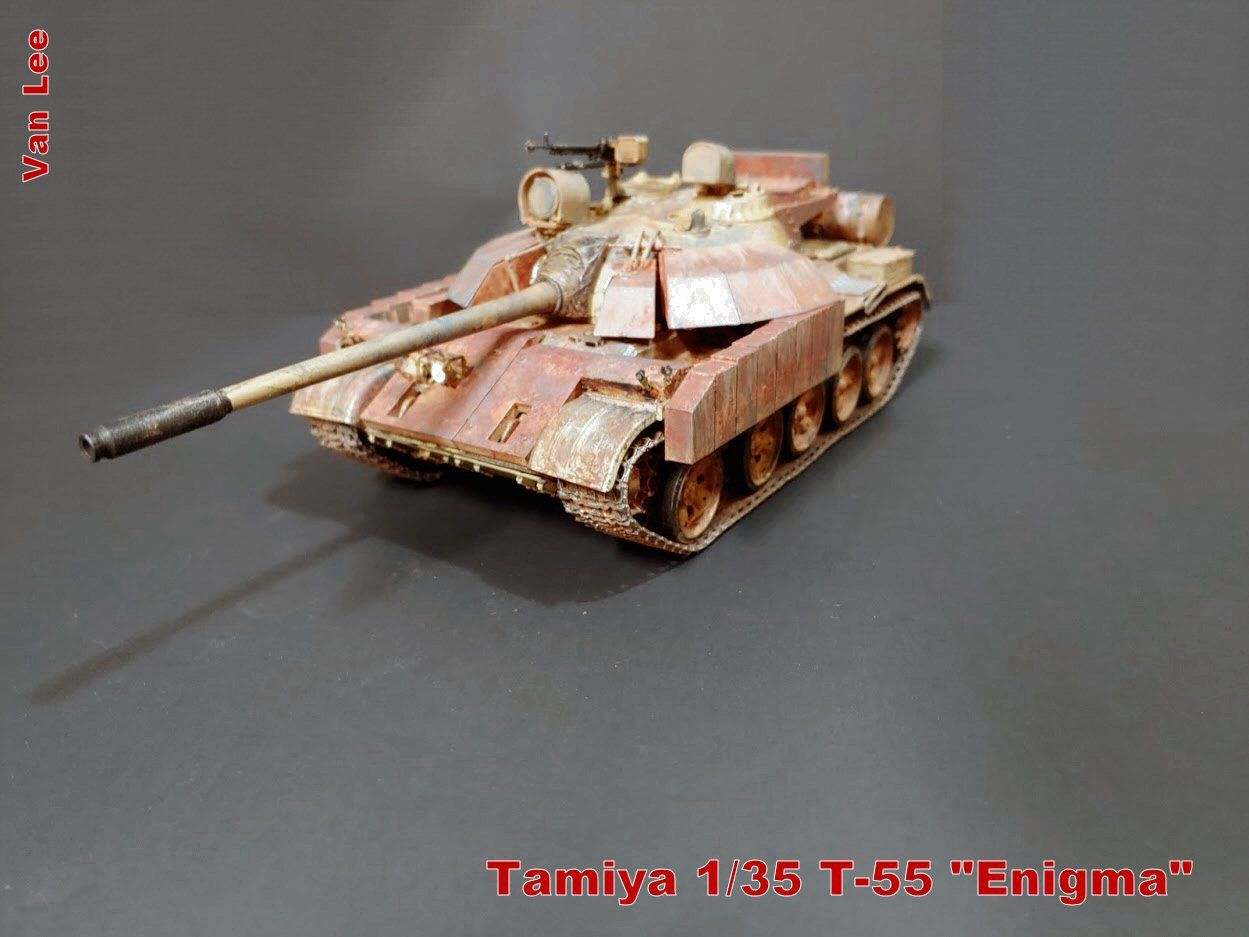 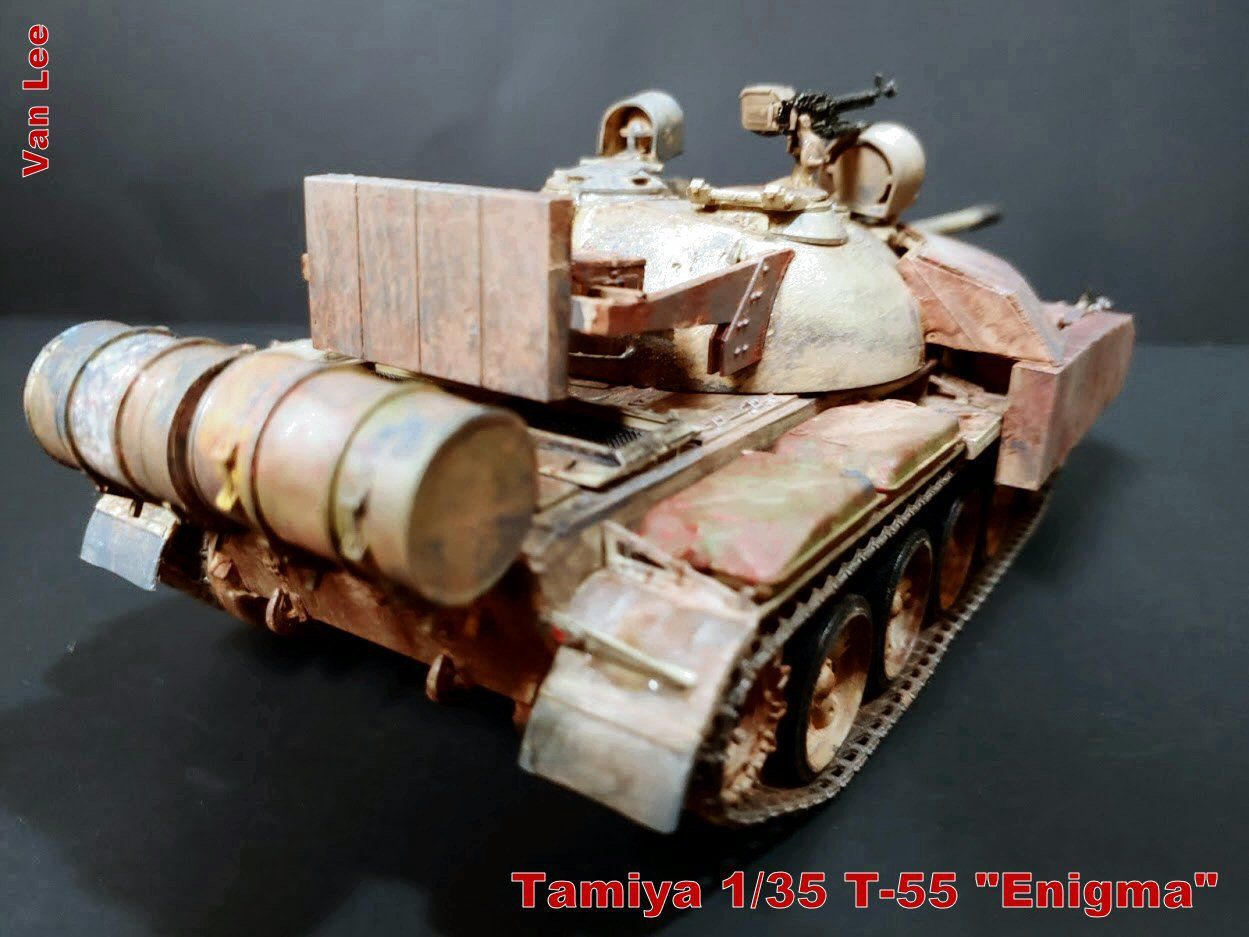 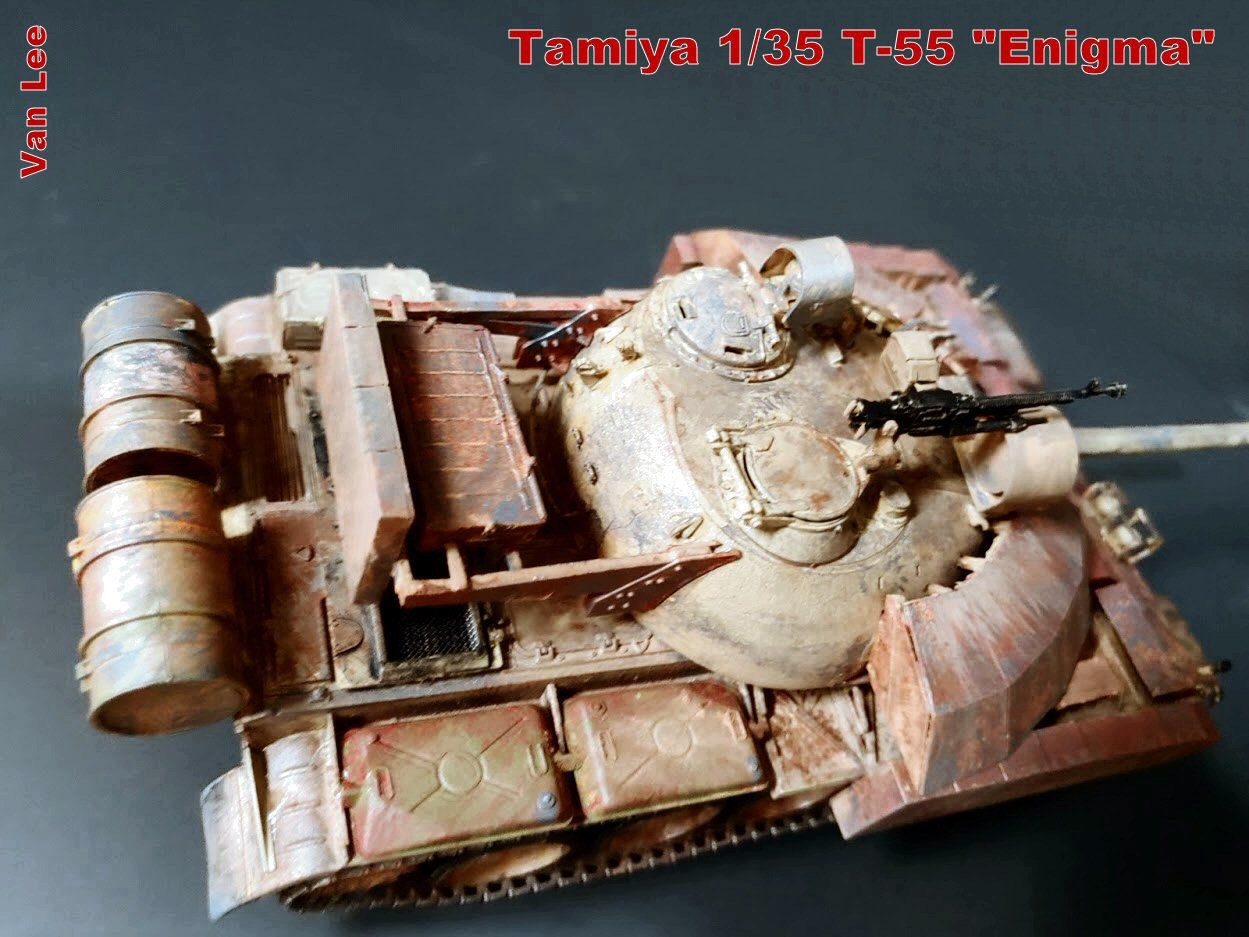 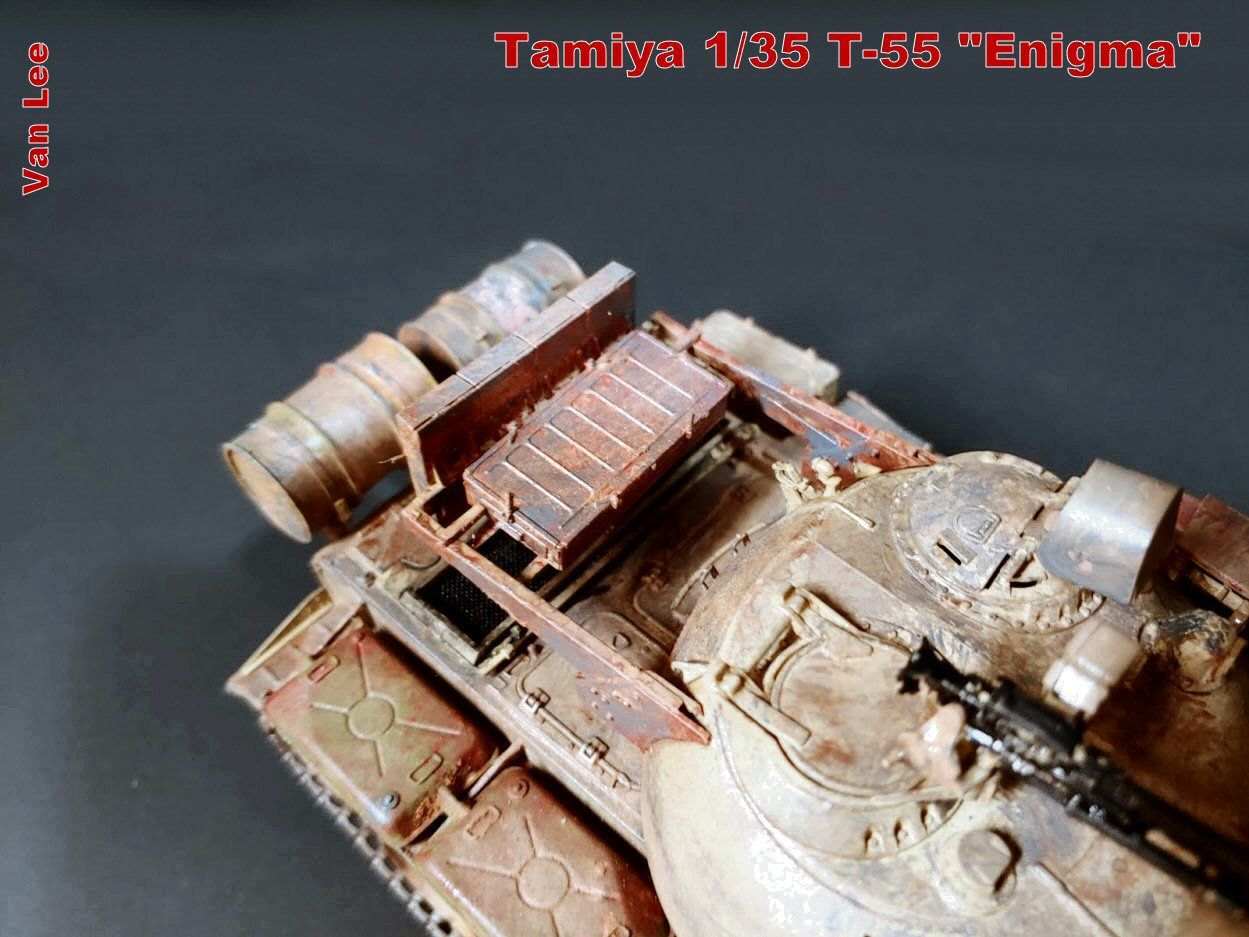 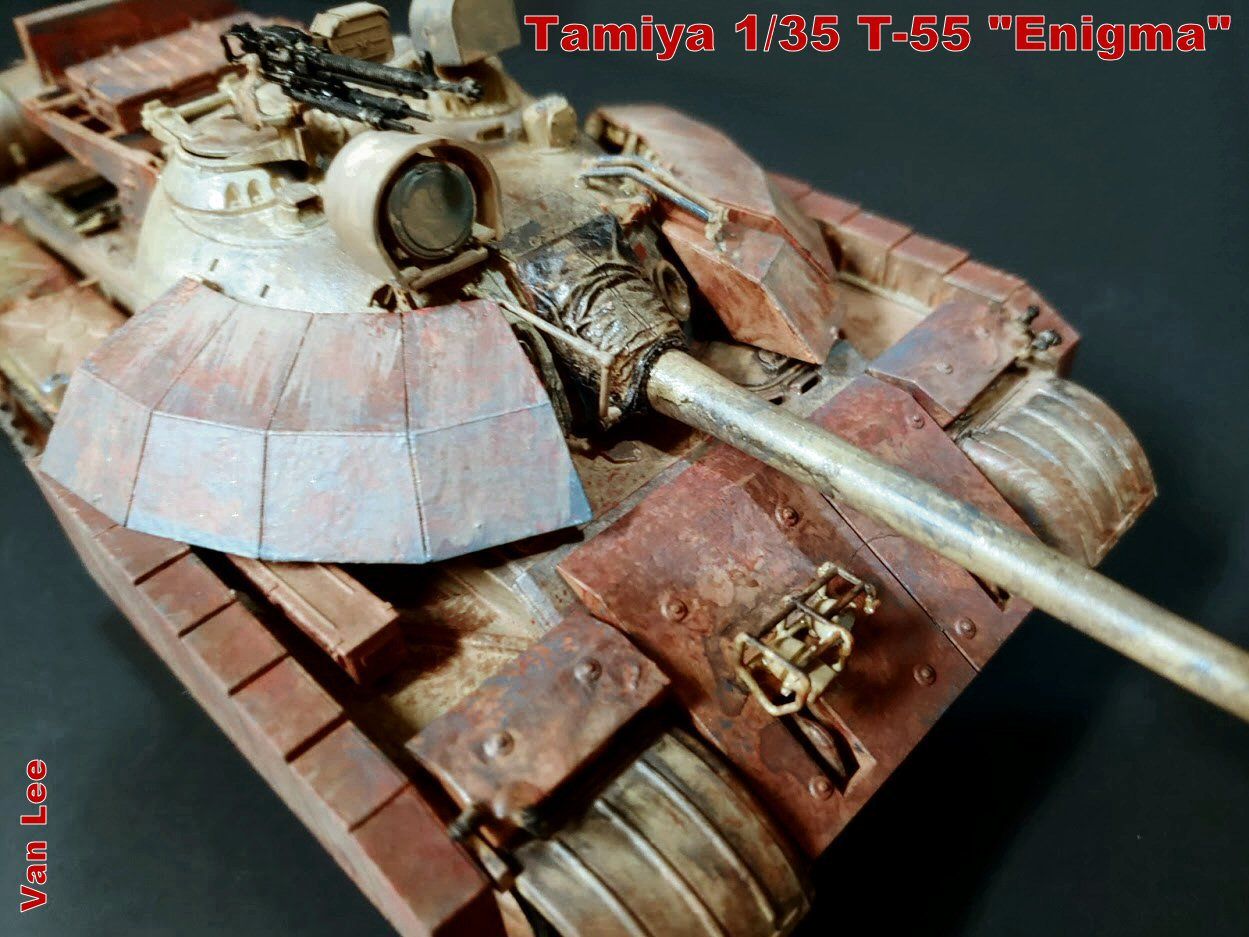 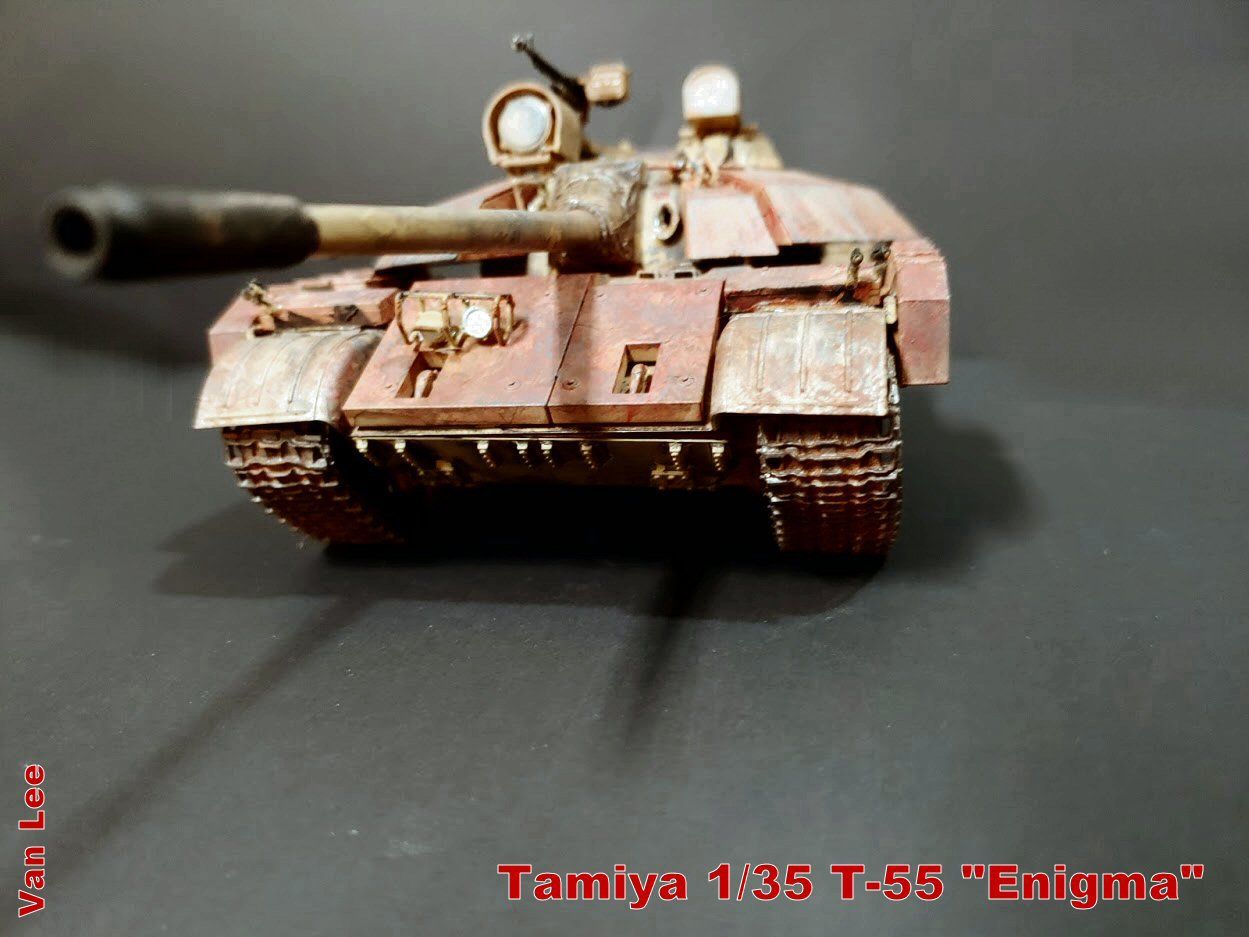 your build is very good,i like the way you did the paint. very nice job .