REPLY & QUOTE
b2nhvi (Tim) said
Weird. Only part of my query posted. Besides the decals I asked about hull types. Tamiya's kit is a "C", decal instructions say the markings are for an "F". Were hull types mixed in units? Also, would an earlier production tank have been SCC 2 still in mid to late 44? I read somewhere a number of Cromwells were still the older color at the time of Normandy. Thanks, All.

The Cromwell was a relatively new tank (production from Feb 1944) and units were equipped with them in lots. Made by different manufacturers there were differences in production, however, it is highly unlikely there were mixed hull type lots issued to the same units so soon after production and so soon in the piece (Normandy). The type F hull was not introduced until after Normandy.

The Centaurs used in Normandy retained the SCC2 paint as the intention was that they would not leave the landing ships they were expected to fire from, but to the best of my knowledge, all the Cromwell's were repainted and would not be SCC2.

The HMSO Tank Museum publication (Her Majesties Stationary Office) on the Cromwell is a great reference if you can find it. 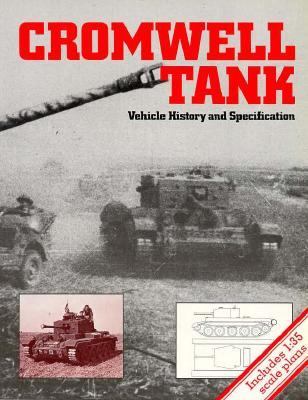