REPLY & QUOTE
GreenBooRay (Steve Hightower) said
I'm going to start a dio on Kradshutzen (France 1940) and, in looking at Nafziger's TO&Es for the 7th Panzer Div (1940) it shows that many of the units had Kfz11 (wheeled) vehicles along with their motorcycles.

So, when I Google Kfz 11 I keep getting Sd Kfz 11 (track veh) and that's not what I want. No joy at the Kfz der Wehrmacht site either. It starts with Kfz 12 and higher.

Any help in locating pics or, preferably, 1/35 Kfz 11 kits ...would be MOST appreciated.

Run the above google search
I searched for Kfz. 11 and at the same time specified that I
did not want Sd. to be present, the search string is
"Kfz. 11" -"Sd."
The quotes tells Google that I want the exact string and the minus-sign says that I do NOT want Sd. to be present.
It didn't weed out all the halftracks though ...

The Kfz. 11 was a Kübelwagen (and Yes, there were other cars used in the role of Kübelwagen before the famous VW-Kübel) 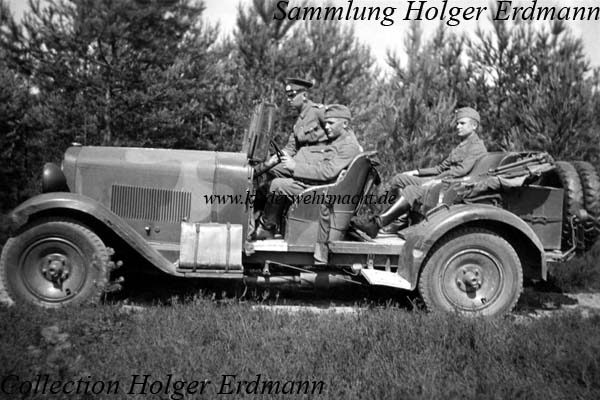 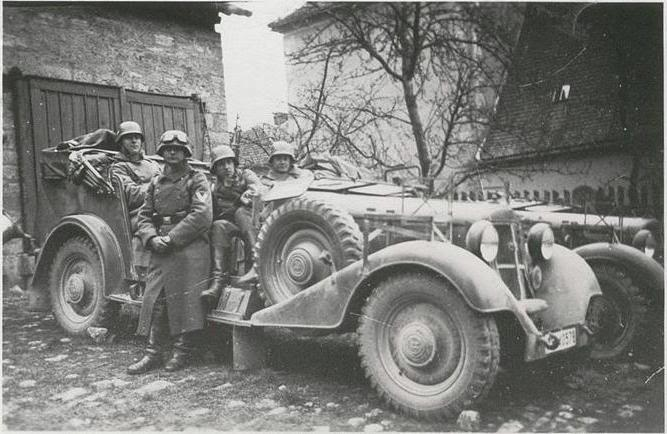 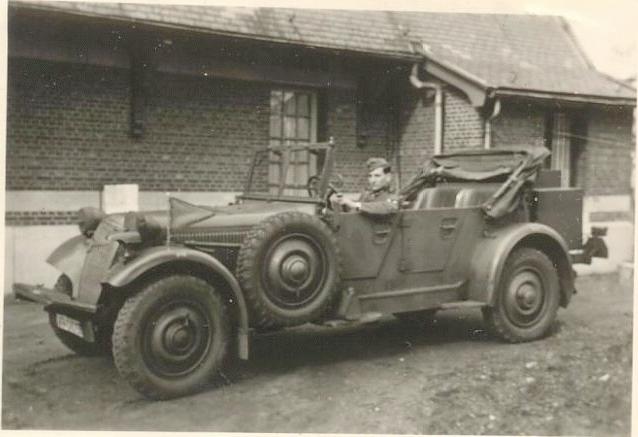 Kfz.1 had 9 different manufacturers, one of them was VW,
another was the Mercedes 170 V

Run the Google search and add the car names/types
/ Robin

REPLY & QUOTE
In memory of Al Superczynski:
"Build what YOU want, the way YOU want to....
and the critics will flame you every time"

REPLY & QUOTE
YellowHammer (John McDaniel) said
Hi Steve,
After a look at google I found the following entry on Wikipedia:
Mittelschwerer geländegängiger PKW[edit]
The medium off-road passenger car was built by the Opelwerk Brandenburg (chassis only) and Auto Union: Siegmar factory (former Wanderer) in Siegmar-Schönau (today a part of Chemnitz) and Horch factory in Zwickau. The Wehrmacht used them as troop transports (Kfz. 11, with tow bar: Kfz. 12, 6-seat version: Kfz. 21), in the signals corps (Kfz. 15, Kfz. 17, Kfz. 17/1) and for artillery reconnaissance (Kfz. 16 and Kfz. 16/1). Some 12,000 units were built. The most conspicuous change of the 1940 design simplification was the elimination of the mid-mounted spare wheels which simplified the bodywork and gave more interior space. The cars had a Horch V8 (Opel: in-line 6-cylinder) and a curb weight of 2,700 kg (open-topped Horch version: 3,080 kg) and was the only type that did not even initially have four-wheel steering. 80% of military branches rejected the vehicle as unfit for wartime service.

So it looks like the kfz 11 was the medium Horch type staff car used for troop transport. Not sure what internal differences (i.e. radios, seating, equipment racks, etc.) existed between the versions. Maybe you can use this info to improve your searches for photos.
HTH
John

Perfect! Thank you VERY much sir! 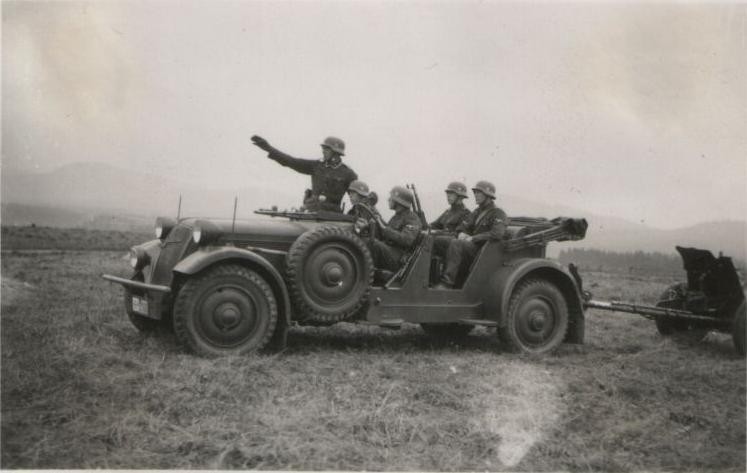 There is a LOT of images at this web-site:
http://www.kfzderwehrmacht.de/Homepage_english/Motor_Vehicles/Germany/germany.html
Start digging downwards starting with the manufacturers and models I listed in my first reply.
/ Robin

REPLY & QUOTE
In memory of Al Superczynski:
"Build what YOU want, the way YOU want to....
and the critics will flame you every time"

Masterbox makes quite a few of these small vehicles.

I'm currently building the MasterBox "Where are the damn roads?" kit and will use one or two of their figures along with the KFZ11. I'll post pics of the dio when completed.

I can see why MasterBox has begun focusing on sci-fi, cowboys and indians, hookers, truck drivers and the like as their vehicles are not up to current standards (vague or inaccurate instructions, brittle parts, etc etc.)